Lameness can be caused by white line disease or from a sole injury and cow flow can have a big impact on the levels of lameness in a herd. This is particularly relevant when the herd is spending a proportion of its time either housed or on a feedpad, rather than out on pasture.

Here are some simple points to look for to help avoid lameness issues in your herd.

1. Cows are creatures of habit

Cows respond positively and flow better if they have a consistent routine. Voices, herding technique, milking technique, moving the top gate and backing gate, must all be done in the same way by all those that move the cows and milk them. All routines should be the same every day.

Raised heads is a sign that the herd is being pushed too hard and they should be allowed to spread out and walk at a slower pace. Cow flow is best when cows are allowed to walk confidently with their heads down.

Understand that cows have a wide 330deg panoramic vision, which means they don’t mind being approached slowly from the front or side but become frightened when you disappear behind them into their 30deg blind spot.

5. Cows have a fight or flight distances

If the herd has learned to trust their handlers then the distance will be short. If you can find the flight distance of your herd and stay outside of it, compaction of the rear group of cows will be minimal.

Cows form strong bonds amongst their herd and it is best to move cows within these groups. For example, having a mob of heifers or of older cows grouped together will improve cow flow and help reduce bullying. 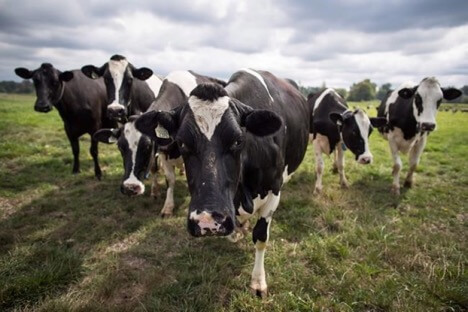 Unless the dogs are quiet it is best to avoid using them to herd cows as they can provoke the fight or flight reflex in a cow causing disruption to herd and farmer.

8. Cows have a pecking order

Cows have a different walking order to their milking order and so will need time in the yard, prior to milking, to rearrange themselves.

Their shoulder can be used to direct them backwards or forwards, their backbone to direct them left and right. For example, coming out of the pit to gather cows puts you in front of the shoulders and the cow turns away.

Track condition and width plays an important part in cow flow around the farm. Tracks should be a minimum width of 5 metres and that should increase ½ metre for every additional 100 cows. This gives the cows room to spread out and for vehicles to drive along it in different places so as not to form ruts. Camber should ideally be no more than 8% and go down on both sides of the track. Too steep and cows will avoid it and too flat allows water to sit on it. 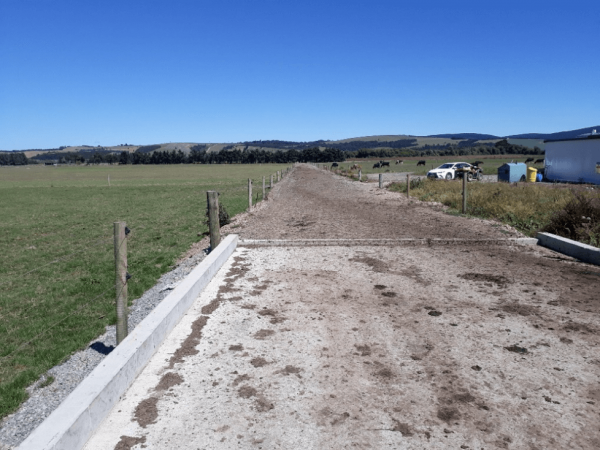