There were record attendance figures achieved with 133,588 visitors to this year’s event over the four days coming to view what the 1,400 exhibitors had on display. The previous record was set in 2008 with 131,000 visitors. The weather was typical for winter in the Waikato with rain, sunshine, cool winds and even a good frost on the Thursday morning.

Most exhibitors reported good enquiry on the first day which tailed off as more non-farming visitors attended on the latter days.

The general mood was positive though with farmers catching up on projects that had been deferred due to the recent dairy downturn.

Calder Stewart were on the GEA site again this year and they fielded enquiry for their range of products, which this year included goat/sheep milking equipment and a robotic milking arm. They also ran a cupping on competition with the winner receiving a shed load of liners.

We had some enquiries for buildings and also met with a number of farmers who are looking to build dairy barns in the future.

We gave information packs, drink bottles, caps and USBs to those visitors interested in what we can offer. 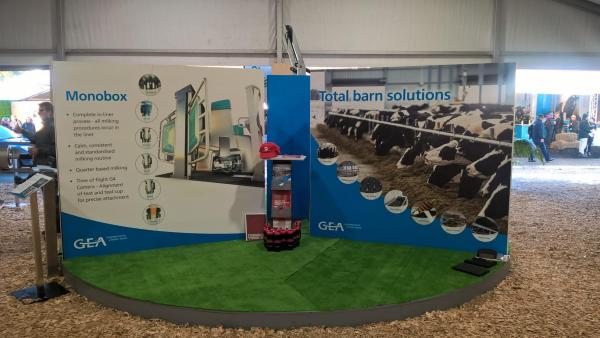