Dairy Barn Tour of the USA and the Netherlands – Part 1

Dairy Barn Tour of the USA and the Netherlands – Part 1

We recently travelled to the USA and the Netherlands to see what can be learned from their dairy farming practices. Our key purpose was to look at hybrid systems that utilise both dairy barns and pasture grazing.

In Part 1 we cover off the key stats from the farms in the USA.

Please note all prices quoted are in $USD.

First stop, Tillamook in western Oregon, on a similar latitude to the West Coast, with a similar rainfall of over 2000mm annually. After a very wet Winter even by their standards, pasture growth was abundant comprising similar species to NZ such as ryegrasses, fescues and clovers.

Our guide in Tillamook was Troy Downing, dairy extension specialist from Oregon State University. Here are some key stats he imparted:

While in Tillamook we visited the following farms: 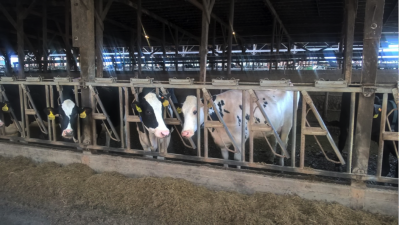 Next up: Read part 2 of the tour in the Netherlands >